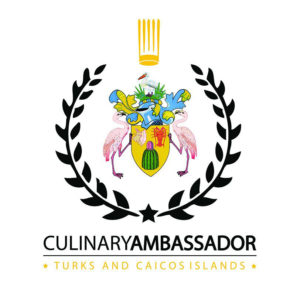 If you ever get the chance to know the man behind the name Crackpot Kitchen and watch him cook then you’ll grow to understand where Crackpot Kitchen derived from, but if you get to know him on a more personal level; you’ll notice his burst of energy and unintentional humour can own and entertain an entire room better than your average Crackpot.

Chef Nik perfected the art of cooking local Caribbean dishes from his father Aulden ‘Smokey’ Smith who was one of the country’s Top Local Cooks and Owner of Smokey’s Restaurant, Bar &Grill.

While in the kitchen one day cooking a flavourful delicious pot of okra and rice fully loaded with lima beans, conch, pigtails and salt beef, Chef Nik began dancing and drumming alongside the pot with his cooking spoon at the stage where his rice pot had been covered and left to simmer. No one really understood why he would periodically hit the pot this way. Some even thought he was doing it to make music as he danced around the stove. One day as he did this, he was told by his line cook that “soon enough you are going to crack every pot in this kitchen”. Chef found this quite funny. Thinking how impossible it would be to crack a cast iron pot with a cooking spoon. The thought stuck with Chef to where he vowed whenever the day arrived for him to form his own business he would use the name Crackpot in some way.

In time Chef Nik was granted the opportunity to produce and star in the first televised cooking show in the country. He named it “Crackpot Kitchen Cooking Show”

Chef Nik says that “Quality food is simply a devotion to seasonal local produce with meticulous care in bringing it to life on the plate”.